Spring is in the Air

With the snow still piled high, I’ve been looking for signs of spring wherever I can. The usual signs I would look for are the changes in bird plumage, the blooming of the red bud tree by the pond, and the blooming of the magnolia tree outside my window. Unfortunately, it’s a little too early in the year for some of those signs and the spring equinox is still about a month away. However, there is one plant that is popping up to show early signs of spring: Skunk Cabbage! 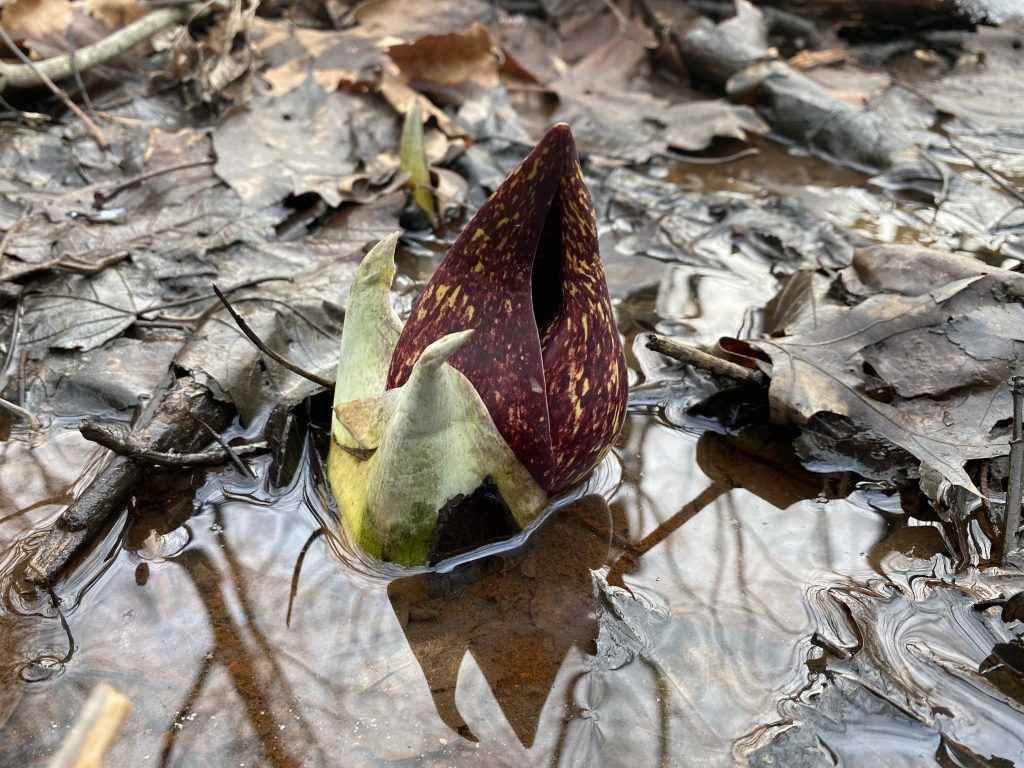 A native species, skunk cabbage can be found all over New Jersey. While the leaves look like their cabbage namesake, they won’t be seen for a little while yet. The part of the plant one should lookout for is the flower. The flowers bloom around February which means they should have emerged now!

“But how can we find the flowers if some of the ground is still covered in snow?”

Great question, person reading this article! Skunk cabbage is a clever little plant. As the flower starts to bloom, the plant radiates heat, which will melt any surrounding snow. This allows the plant to make room for the leaves that will eventually emerge as the season progresses. This type of plant behavior is called thermogenesis. Thermogenic plants can radiate their own heat, which makes them great homes for early emerging bees! 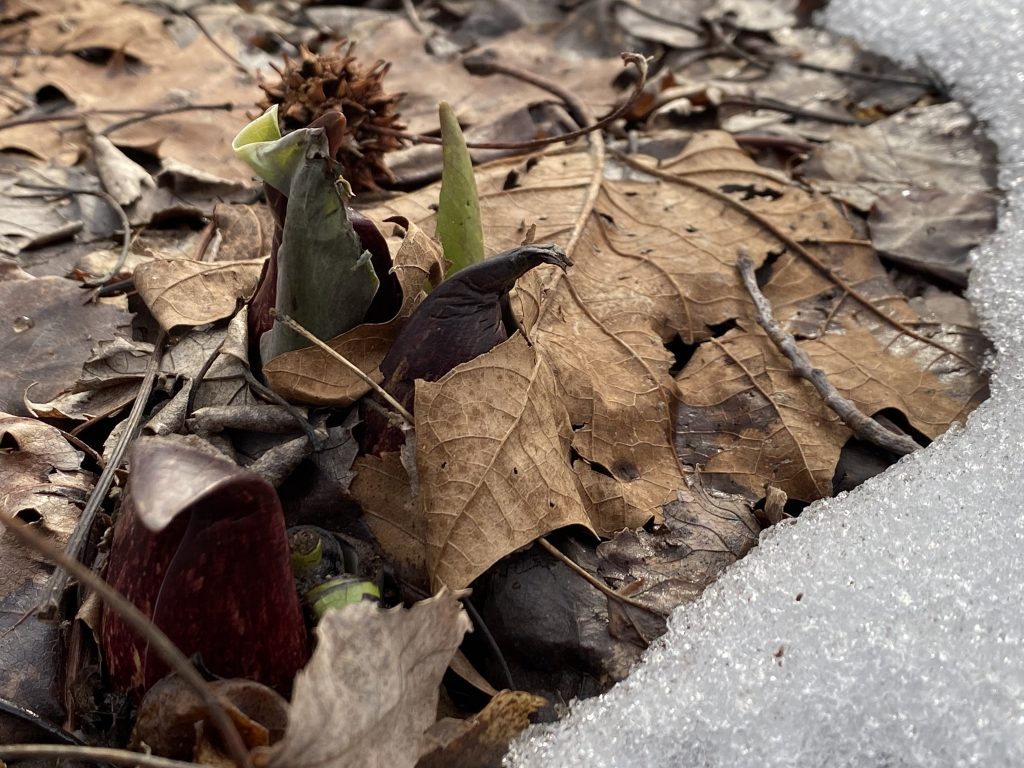 “But why is it called skunk cabbage?”

Another great question! It’s called skunk cabbage thanks to the odor it produces. While the blooming flower is a nice sign that spring is on the way, the blossom also gives off the smell of rotting meat. While not so friendly to the human nose, this odor is very important for the pollination of skunk cabbage. The smell attracts insects, like flies, who mistake the plant for its smell-alike. As these insects frequent the plant, they pick up pollen, which is then deposited in the next skunk cabbage the insects visit.

Skunk cabbage is known not just for its odor, but also for an unpleasant, burning sensation that occurs in one’s mouth when they eat it. Sounds appetizing, right? Surprisingly, bears seek out skunk cabbage to eat after their winter slumber. They will eat the early leaves and buds of skunk cabbage when they emerge because it acts as a laxative and helps to trigger their digestive systems after a winter of rest. 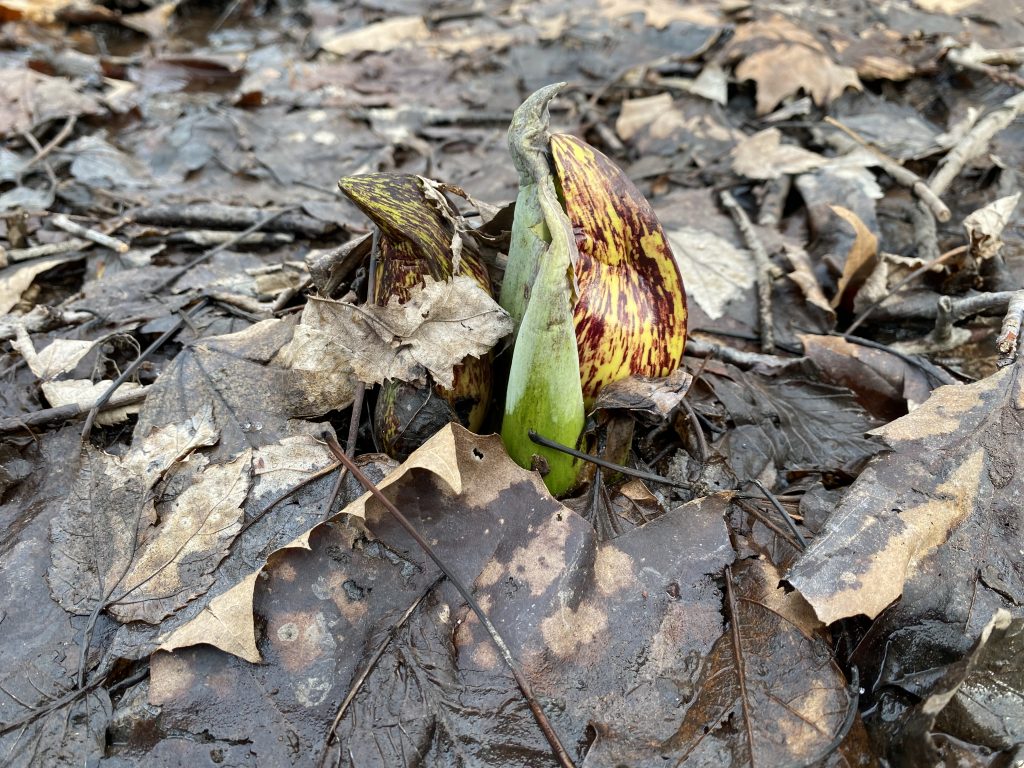 Adding to the medicinal uses of skunk cabbage, Native Americans found that different parts of the plant could be used to treat a number of ailments. Whether it was a dried root that helped with colds or a topical product made of leaves for pain, skunk cabbage was a valuable plant for Native Americans. Today, many still use skunk cabbage as a medicinal plant. Because there is a potentially dangerous compound present in skunk cabbage (the same one that causes that burning mouth sensation), its use requires deep knowledge of the plant and careful processing.

It may not be the most glamorous plant and its smell is not exactly what is thought of when one envisions the smells of spring; however, the skunk cabbage is an important part of the New Jersey ecosystems. While I wait patiently for the redbuds and the magnolias, I’ll be happy to take in the sights and smells of the skunk cabbage, knowing that this is the first true sign of spring. 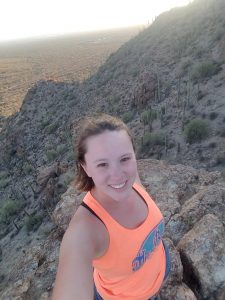 Spring is in the Air

With the snow still piled high, I’ve been looking for signs of spring wherever I can. The usual…