“Make sure to keep your phone on”

“Call me too if you hear of anything first”

It seems ominous, doesn’t it? What kind of moves are being made? What might I hear of first? What’s going on?

The lines of text quoted above represent a series of messages I received from a friend before I went to bed one night in early September. At the time, the Holiday Farm fire was blazing upwards of 150,000 acres just twenty miles east of me outside of Eugene, Oregon. The level three, get out NOW, evacuation order had been extended to just ten miles away. 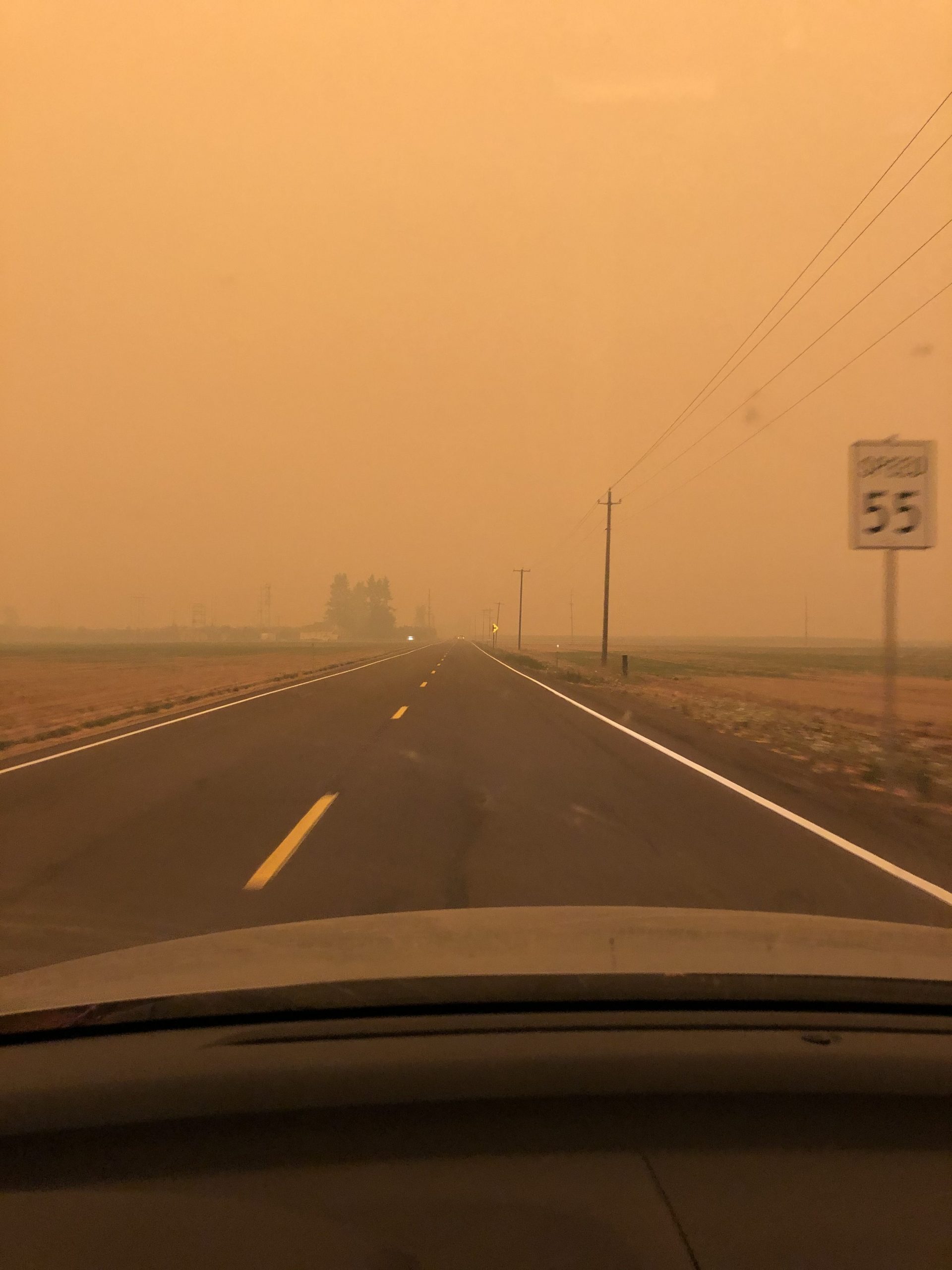 As I sit here, staring at my screen, writing this, I am not sure if there are powerful enough words to convey just how impactful the climate crisis is.

Thoughts and prayers are nice, but they are an easy out and an excuse for inaction and quite frankly that is entirely unacceptable right now. Nice is not going to get anything done.

I am currently a 1L, or for those who haven’t had the pleasure of attending law school, a first-year law student. I am studying to pursue a career in environmental law. The irony of the fact that my first semester of law school to become an environmental attorney has been thrown askew due to a climate related disaster isn’t lost on me.

At first, I felt scared, anxious. Then came anger, frustration. Now I’d like to think I’ve cultivated that flame of anger into one of passion. Passion is productive.

As I write this, I have a seemingly endless amount of reading I need to do. I have cases to brief and memos to write. My initial instinct was to decline the offer to even write this blog post because I don’t have time. But what is all of the reading and studying and exam taking for, if not this? What good is a practice memo if I am too occupied to put my voice out into the world when it really matters? My time is extremely limited, but what use will my degree serve me if I graduate into a world that is in shambles?

I don’t know how to explain that you need to care. I don’t know how to make you understand what it feels like to go to bed with a bag of your clothes and important documents packed just in case you need to leave immediately in the middle of the night because the fires have gotten too close.  Or to check the air quality and see that it is a value literally beyond the scale. Or to see headlines saying that public health officials don’t even know what the health ramifications of this will be because it is so absurdly unprecedented. And then to spend 20 minutes doing homework that is somehow still due while continuing to receive messages with evacuation orders and fire maps.

There’s this idea floating around that 2020 is a bad year. And it is. But what I need you to understand is that 2020 is not an anomaly. It is the beginning of what every year is going to look like from here on out unless some serious change is made. And even then, it is going to get worse, so much worse, before it gets better.

The society we live in has ingrained in me that I should caveat that statement by trying to downplay it. But I can’t. It would be irresponsible to act as if the situation at hand is anything less than what it is: a crisis.

Nobody cares until disaster is knocking at their door, and even then, far too few people care. This is my field and even I, as someone who considers herself very aware of these issues, felt something shift in me driving through the country watching the sky turn black (and red) at 6pm, hours before sunset, from smoke. Getting to a “safer” city only to discover the air quality was even worse. Only to be told at hotel after hotel that every room was booked from other people fleeing the same disaster. 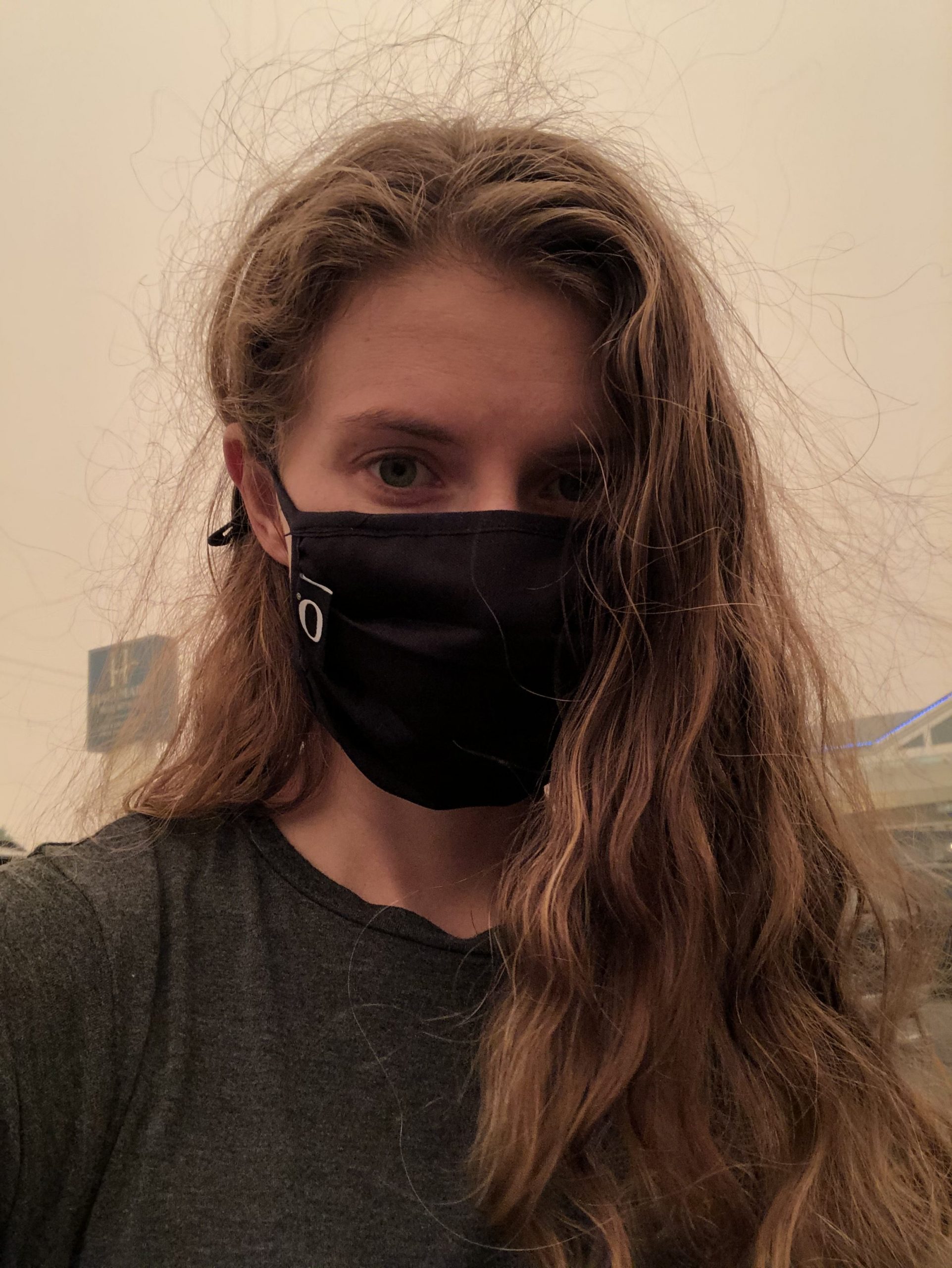 Friends and family on the East Coast kept wondering why I was staying put and the answer is that there was nowhere better to go. The entire West Coast was up in flames. We were literally surrounded by fire.

I have a distinct memory from when Hurricane Katrina hit. I was eight years old at the time and I vividly recall watching the news with my parents. I remember my dad saying he felt like he should pack up the car with water bottles and start driving south to help (for context, we lived in New Jersey). It’s funny in a horrible sort of way that despite that being fifteen years ago, I remember it so much better than the storms that have passed through in the past few years. I bet you remember it too. Because at the time, it was novel. A hurricane of that size? That destructive? It was something so rare it stood out. The fact that Hurricane Katrina (2005) exists in my mind far more clearly than Irma (2017), Harvey (2017), or Maria (2017) should raise a red flag. The fact all three of those more recent storms took place in the same year should raise the red flag even higher and sound a few alarms.

Listen to me. This is just the beginning. You are not safe. Nobody is safe. It’s not just fires and floods. It’s disease. It’s air quality. It’s food security. It’s clean water. It’s everything.

Your circumstances might make it better or worse, but nobody is immune to this climate crisis.

One more thing that I really, truly need you to understand. Climate change should not be a political issue. Whether you choose to act on it should not be dictated by the political party affiliation you check off on your voter registration. This is a global, human rights issue. It is the backbone of every single other issue in existence. If we do not have a habitable planet that can sustain human life nothing else matters. I do not know how to make myself clearer. The economy does not matter if the earth is dead.

Let me make this clear: a lack of a perfect solution does not mean we give up. It means we focus on doing the next right thing, whatever that means.

So take action: Vote. Not just in the general election, but in all elections. Protest. Look at where you spend your money, and where those companies spend their money. Educate yourself. Have hard conversations. Do something.

This is the most important issue of our time, if not ever.

I need you to care about our environment.

The Generosity of Wildlife: An Earth Month Reminder of What Wildlife Does for Us

For the past 51 years, billions of people have celebrated Earth Day around the world. With each new…